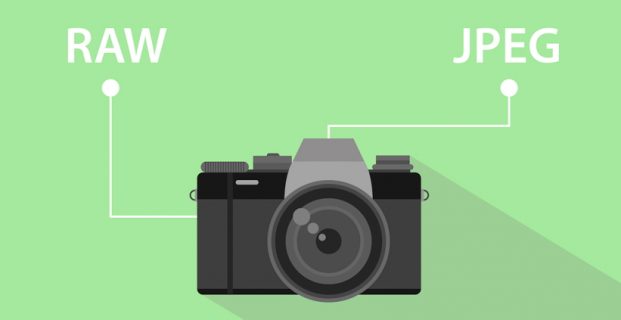 Pictures have always been holding a nostalgic memory of our wonderful moments which are to be supposedly protected for goodness. In the olden days were different people used to take photos only on special occasions, functions, and group photos at education institutions and workspace. Unlike old times these days taking pictures has been composed to a mobile phone in everyone’s hands. Yet the quality of the image from a digital camera is still high and for people these days who prefer shooting raw vs. jpeg an image is becoming an ever-ending topic for debate among photography lovers.

A raw image format has more reality and colorful images than getting automatically processing the images by sensors from a digital camera. Unlike adding up to images while capturing they bring more real images so that the details and information in the image are never compressed. While the procedure of editing gives more space for rectifying mistakes and beautifying pictures.

JPEG is a commonly known image format used by photographers these days on digital cameras for capturing pictures. This adds a variety of compression to images while capturing the moment and adds selectable trade changes in images.

The difference between these two formats has always been a debatable topic for professionals. Professionals suggest especially on outdoor shoots at the beach to shoot in raw instead of jpeg so that we can capture the vibrant colors of nature in the image. Merely it depends on skills of one professional and with many features of a surrounding and atmosphere.

Difference between RAW vs JPEG:

We cannot say one is the best one and the other is not just by few comprehension changes different people say so their various benefits from each format that we could easily differentiate.

As mentioned before raw format images capture the moment with fewer filters in the manual effects that are default in the camera. Just like the named raw, it gives the raw image that later can be edited with modifications.
To find the difference between raw vs. jpeg the pictures we capture stand as an evident example as its compression efficiency has become an in-built quality in many software updates.
When compared to JPEG images RAW images can contain and capture 68.7 billion colors that have different tonal values.
JPEG images are smaller in size so they are less likely to cover storage in both camera and computers because of their size format.

We Are Our People

Our staff force is something to behold. All it takes is stepping into one of our stores to discover that our staff are eager to help you, and each nurture an insatiable thirst for all things photography. Behind the scenes, our employees are the ones who keep pushing the boundaries, whether it’s finding creative solutions, or providing even better service than they did the day before. It’s what keeps us excited and driven. It’s what sets us apart.
We use cookies to personalize content and ads, to provide social media features and to analyze our traffic. We also share information about your use of our site with our social media, advertising and analytics partners.